You knew it would happen and today’s the day.  It’s my first failure.

As you recall, last time I had lots of little successes with new tools and bolt removal and even got some new parts.  Many thanks to Clint for his help and delivery of new-to-me parts. 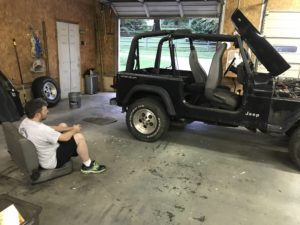 Well, as I said, you knew it was bound to happen and today I failed.  I went out to the shop this evening with the intent to remove and replace the ignition lock cylinder on the steering column.  The one that is in there is broken and does not appear to be the right one for the year/model.  Let me explain what happened.

When I left work today I went by AutoZone on my way home to pick up an ignition lock cylinder, but to no avail because they did not have it in stock.  The good news is that there is an Advance Auto closer to home and so I stopped by there as well and they did have it according to their system.  A short wait later and I had it in hand for $28.  Off to home I went.

What I should share at this point is that I actually have replaced an ignition lock cylinder before.  I used to have a 1990 Jeep Wrangler and that’s one of the few parts that I actually did replace on my own and I still had my wheel-puller in the toolbox.  I figured it would be an easy win for the evening since I didn’t have a lot of time to work on the Jeep today.

Well, I started pulling the steering column apart.  Off came the horn, then the wheel, then the retaining ring, and the turn signals and hazard lights.  No problems so far.  It took a little longer than expected but it all came out without issue and after a little frustration with the retaining slot I had the old cylinder in my hand. 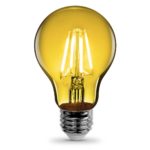 A quick swap and the problem began to emerge.  The new cylinder didn’t fit exactly right.  I checked the grooves it fits within and switched and turned all without any luck of getting it to slide in.  So I pulled it back out and thought to myself, “Maybe I should compare this to the one I just pulled out to see if it’s the right part.”

I know.  You’re saying “Duh!” right now, but that’s how these things work.  Simple stuff is way more difficult in practice than in theory.

So sure enough, it’s the wrong part.  Frustrated I head back to Advance Auto with both the old and new in my hand.  At the counter the guy pulled up the part again and said that the one he sold me was indeed for my vehicle so I showed him the old one I pulled and this puzzled look came over his face.  He said he wasn’t sure how he could help me and I could see the giving up in his eyes (granted it was closing time at this point so he had little incentive to invest himself much in my problem).

I urged him to keep looking and suggested perhaps it was a mid-year switch on the part or something like that as I know the steering column I have is the right one for that vehicle.  (Yeah, perhaps that’s more that I just “hope” that is is the right one rather than “know” that it is, but I went with it anyway.)  A few minutes later and he turns the screen to show me the parts and starts scrolling through every year Jeep and every model Jeep as well.  Then, I see it.  I just about screamed “STOP, THAT’S IT” and sure enough it was the right part… or so the screen showed.

So now comes the failure… as if all that wasn’t frustrating enough.  He said he could order it for me because they didn’t have any in stock and that they’d have it about 3 weeks later and it was going to cost $86.

“WHAT!  3 weeks?  I could order it online and get it here quicker” I argued.

He told me to hold on and he looked for alternative parts.  After only a few more minutes he found one.  It was actually $4 cheaper than the one I had purchased the night before and this one he could have sent over night and I could pick it up in the morning so I completed the return transaction and headed back home.

Well, nothing is perfect.  You gotta take the good with the bad.  Life isn’t fair.  And all the other old sayings that you want to toss over just feel free.  I’m sure this won’t be the only time I sit in pure disappointment at something that was supposed to be very simple.

Probably the most frustrating part is that I can go pick up the part first thing but then I have lots of personal stuff to handle tomorrow and won’t be able to work on the Jeep again for another day or so.  So I guess there it will sit awaiting some more TLC until I can get back to it.